It must have taken a lot of guts for Olympic swimmer, Ian Thorpe, to out himself on international television.

Thorpe chose to be an athlete, not a celebrity. His talent brought him fame.

With fame comes a heavy price – a loss of privacy.

In this age of social media, 24 hour news cycles and audiences hungry for information about well-known people, that privacy can be more and more difficult to control.

The way Ian Thorpe chose to go public with his announcement was really interesting.

In the media trade it’s called being ‘strategic’.

The first way is to do it in one hit with a media conference and associated media release.

Media conferences allow you to announce your message or information to multiple journalists and media outlets at once.

The downside of this is that you may face questions coming from all directions and even a hostile media pack.

The second way to make a major media announcement is to be strategic. Pick one person or one media outlet.

That’s exactly what Ian Thorpe did.

Parkinson’s style is to guide his guests and allow them to open up. It’s called letting the interview breathe.

That’s exactly what Ian Thorpe needed; an interviewer smart enough and skilled enough to allow him to tell his story.

Media around the world picked it up and it became big news.

But Ian Thorpe was able to set the agenda and no matter what tact various journalists and media outlets took. He’d had his say in a controlled environment.

If you’ve got something really big to announce, think about the way you want to proceed.

Would you prefer fronting up to a potentially difficult or hostile media conference? Or, do you want a much more controlled environment in a one-on-one interview situation?

Yes, you may need to participate in a range of different interviews after your one-on-one but at least you’ve had your say. 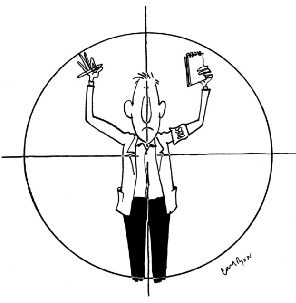