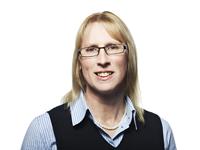 Rosalie has extensive experience in news gathering for both the Nine and Seven Networks and media training.

For more than five years she has been in charge of Corporate Media Services’ video production during media training and presentation skills training programs across Australia.

Rosalie has also worked in the field of video production for more than 15 Years as a camera person and editor. During that time she has worked on many multi camera productions as well as single productions for a range of major organisations.

Rosalie was part of the production team that won the AVPA Golden awards in 2000 and 2007.

In plain language, this is the equipment used by TV News and Current Affairs camera crews working for Australian and international networks. We will only use the same or similar equipment that is used by the TV broadcast networks during our media training courses so participants undergo a real interview broadcast experience.