When you’re offered a smorgasbord of media stuff ups in the political arena it’s hard to resist writing blog after blog about politicians.

A case in point was Attorney General, George Brandis, doing a terrible job of trying to split hairs in a media interview with David Speers from SKY News.

Unfortunately his message got more and more unclear as he tried to explain what information the government would record about the internet sites individuals visit.

He continually danced around straightforward questions  and his message became more confusing.

The days of trying to convince people in media interviews that something is, when it isn’t, are gone.

Good journalists won’t let you off the hook when you’re trying to split hairs or be evasive.

Now watch and listen to the interview so you know what NOT to do.

• Be up front and honest

• Don’t get caught in a media interview debating semantics

• It’s the overall message that counts

If you want to know more about engaging with the media, contact Corporate Media Services for details about our media training programs and services. Make an email enquiry now… or call

It must have taken a lot of guts for Olympic swimmer, Ian Thorpe, to out himself on international television.

Thorpe chose to be an athlete, not a celebrity. His talent brought him fame.

With fame comes a heavy price – a loss of privacy.

In this age of social media, 24 hour news cycles and audiences hungry for information about well-known people, that privacy can be more and more difficult to control.

The way Ian Thorpe chose to go public with his announcement was really interesting.

In the media trade it’s called being ‘strategic’.

The first way is to do it in one hit with a media conference and associated media release.

Media conferences allow you to announce your message or information to multiple journalists and media outlets at once.

The downside of this is that you may face questions coming from all directions and even a hostile media pack.

The second way to make a major media announcement is to be strategic. Pick one person or one media outlet.

That’s exactly what Ian Thorpe did.

Parkinson’s style is to guide his guests and allow them to open up. It’s called letting the interview breathe.

That’s exactly what Ian Thorpe needed; an interviewer smart enough and skilled enough to allow him to tell his story.

Media around the world picked it up and it became big news.

But Ian Thorpe was able to set the agenda and no matter what tact various journalists and media outlets took. He’d had his say in a controlled environment.

If you’ve got something really big to announce, think about the way you want to proceed.

Would you prefer fronting up to a potentially difficult or hostile media conference? Or, do you want a much more controlled environment in a one-on-one interview situation?

Yes, you may need to participate in a range of different interviews after your one-on-one but at least you’ve had your say. 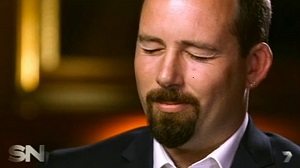 Call me unusual if you like but I find politics really interesting.

I started covering politics when I was a cub reporter and I’ve been following politics ever since.

So forgive me for having another chop at the Ricky Muir/Mike Willesee interview, but the debate which has followed the airing of that exchange is an interesting lesson on dealing with media interactions and interviews.

Since my last blog on the topic, Motoring Enthusiast Party Senator, Ricky Muir, has come out fighting over his interview with Mike Willesee on Channel Seven’s ‘Sunday Night’ program.

In the interview Ricky Muir had trouble answering questions and required breaks to regain his composure and consult his advisors.

Mr Muir has now reportedly described the interview and his treatment as unethical.

Muir’s political advisor, former NSW independent MP and qualified media defamation lawyer, Peter Breen, wanted to lodge a formal complaint with the Australian Communications and Media Authority over Mr Muir’s treatment. Muir blocked that move saying “… I can either let this get me down or use it as initiative to get better.”

Mr Breen alleged that Channel Seven’s handling of the interview was unfair and allowed Mr Muir to become the focus of ridicule and contempt – “It contained the imputation that he wasn’t up to holding public office because he wasn’t a good media performer”, said Breen.

If you haven’t seen the interview make sure you find time to view it at least 2 or 3 times.

If you’re not involved in the media you might initially think that the interview is unfair or unethical.

But to describe the interview in that way is absolutely ridiculous.

If you’re going to interact with the media and put yourself forward to do media interviews, you need to have a basic understanding of the role of the free media in a democratic society.

In a nutshell, the role of free media is to observe and report.

You may think some media outlets do that badly but that’s another discussion.

Be very clear about this, journalists who work in mainstream media are not public relations or marketing practitioners. Nor are they involved in advertising -they are journalists.

It’s crucial that you understand that point.

Journalists have access to a wide range of powerful and influential people, including politicians. The vast majority of the population will never have access to these people.

So it’s up to journalists to interview these powerful people and deliver the results of those interviews to the public.

Ricky Muir is in an incredibly powerful position. He’s been elected to the Australian Senate.

He is now voting on laws which will have an impact on every Australian citizen and in some cases, citizens of other nations.

He is accountable to the Australian public.

The questions that Mike Willesee asked Ricky Muir were totally appropriate for someone in Muir’s position.

The interview was not a brash, hard hitting, ‘shock-jock’ style interview; Willesee was not aggressive, or pushy.

Llewellyn is right. The questions were asked in a respectful and even gentle way.

In an interview with Crikey Llewellyn also said that Mr Muir’s assumption that parts of the interview would not get used were unfounded and there had been no deal for Mr Muir to go ‘off the record’.

“When did that kind of cosy deal become journalism — ‘the wink, wink, nudge, nudge, I’ll look after you if it all becomes a little too hard, possum’? What, by the way, are the ethics of censoring interviews and depriving audiences of the complete story? To in effect be part of that cosy club that shields politicians and keeps everyday Australians in the dark.” Llewellyn said.

When Ricky Muir had trouble answering the questions and took a break, this was broadcast as it should have been.

For Mike Willesee or anyone else involved in that interview to edit out any of that material in order to make Ricky Muir look better than he actually was would have been a disservice to the Australian people.

It was up to Ricky Muir and his advisors to ensure that he was adequately prepared before the interview.

As I said in my last blog on this issue, Ricky Muir should never have started his media exposure in a high profile television interview of this type.

What Mike Willesee did was ask the questions and show the responses. 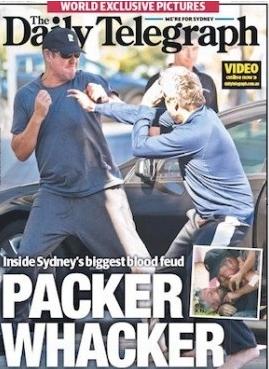