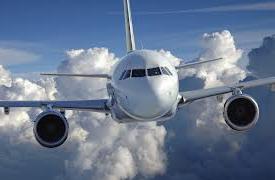 The terrible tragedy of missing Malaysia Airlines flight MH370 will no doubt be discussed in crisis communications case studies for many years to come.

It’s hard to imagine a crisis with so many tragic elements, 227 passengers and 12 crew presumed dead, hundreds of devastated family members and friends desperate for news and no definitive answer weeks after the event.

This tragedy reminds us of the basic requirements for dealing with a crisis whilst simultaneously handling frenzied media attention.

In our post September 11 world, the global media machine went into overdrive when news of the incident hit but a lack of solid information in the initial phases led to media speculation, mixed messages, conspiracy theories, and confusion.

This catastrophe highlighted many aspects of crisis media communications.

The Malaysian authorities and airline representatives were widely scrutinised and critiqued for how they publicly handled the situation.

Families of missing passengers and crew were desperate for answers about their loved ones. Journalists were clamouring for updates, and the worldwide audience wanted to know what happened.

What are the most serious aspects of this incident from a crisis media communications perspective?

As the International Air Transport Association (IATA) Guidelines – Crisis Communications and Social Media Document suggests,’ Companies must be prepared to engage pro-actively with the news media and with other audiences to ensure that they are seen to respond swiftly and appropriately, and that they intend to do “the right thing”.

The media is ferocious at the time of a crisis

In the early stages of most crises, individuals and organisations have little information about what is occurring.

A lack of detailed and verifiable information, combined with company representatives desperately trying to assess and confirm the situation, often prevents spokespeople from addressing the media at the beginning of a crisis. They are furiously busy getting their head around what has happened and how to handle it rather than working out how to talk to the media about the incident.

When the media wants information, it is crucial it receives some comment even if the information is restricted.

As seen in the Malaysia Airlines incident, extensive media resources were used to cover the event. Especially in the early stages of a crisis, that coverage was around the clock and unrelenting.

It is important that organisations understand the ferocious appetite the media has for news as a crisis unfolds. The media wants constant information in the early stages of a crisis when information is limited.

What if there is nothing new to say?

During the early stages of this highly sensitive incident Malaysia Airlines spokespeople supplied information regularly; however some of their information was later contradicted. This led to confusion, disappointment and anger, particularly from the Chinese relatives of passengers.

The lessons to be learned from this incident are:

If you’re currently dealing with an organisational crisis involving the media, or could be in the future, contact Corporate Media Services for more information or training about crisis media communications.