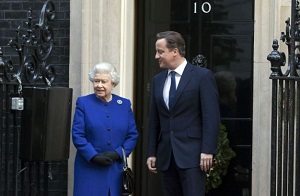 If you’ve signed up to be recorded and filmed 24/7 in the ‘Big Brother’ house, you’d expect anything you say could be broadcast.

That’s the ‘reality’ of reality T.V.

But what about the news media? Surely you can  have a private chat without the world knowing what you’ve said.

When you’re dealing with the media everything you say may be recorded.  If it’s interesting, it’s news.

You should always assume that media microphones are recording because they are often live even when an interview has finished, or you’re having a casual walkabout.

The list of notable people being sprung saying something they shouldn’t have when they thought the mic was off is long.

Prince Charles was famously caught out at a press call saying under his breath how much he disliked one of the journalists interviewing him.

British Prime Minister, David Cameron, who is generally very media savvy had a major memory lapse about live microphones that ended with him apologising to Her Majesty, The Queen.

As he chatted to former New York Mayor, Michael Bloomberg, after the Scottish independence referendum he made a gross error of judgement.

Walking along a corridor with Bloomberg, Mr Cameron could not have missed the fact that there were media cameras and microphones everywhere.

Despite this, Mr Cameron breached protocol and gave Bloomberg his assessment of the Queen’s reaction to the referendum result saying, “She purred down the line. I’ve never heard someone so happy.”

He had obviously assumed his conversation was not being recorded. This was a mistake which somebody in his position should never have made.

Prime Minister Cameron was embarrassed, filled with regret and very apologetic. One can only assume he’s damaged his relationship with the Queen who no doubt was not amused.

T.V. and radio mics are now extremely powerful. They can pick up a conversation even when it’s being whispered and in some cases even with background noise.

When it comes to media, all mics are live. Forget this at your peril!

Tweets by @douglasweller
Helping Journalists Get It Right